What else can we say? This is a war on truth. I think we can all agree that censorship is more dangerous than the ideas being censored. -- GRN

"Many of the individuals impacted by this updated enforcement action held multiple accounts, driving up the total number of accounts impacted. Since Friday, more than 70,000 accounts have been suspended as a result of our efforts, with many instances of a single individual operating numerous accounts. These accounts were engaged in sharing harmful QAnon-associated content at scale and were primarily dedicated to the propagation of this conspiracy theory across the service. 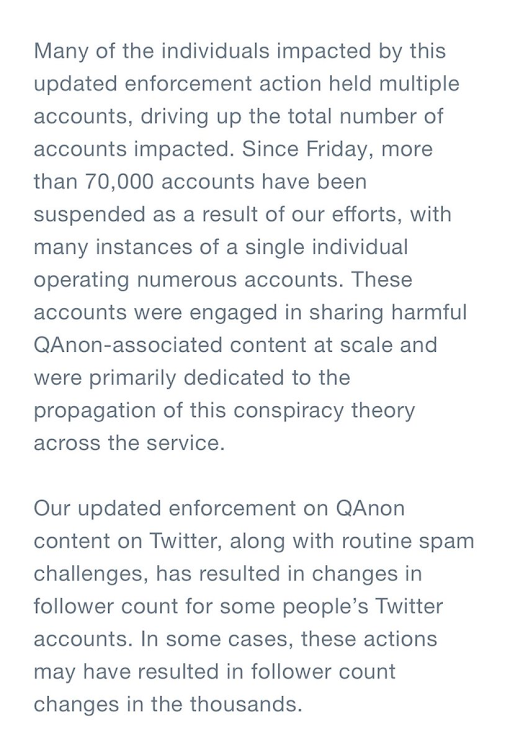